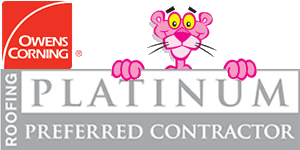 Use Your Home’s Architectural Style to Choose the Right Roof

Use Your Home’s Architectural Style to Choose the Right Roof

Whatever the type of home you have, your roof evokes a special style and feel for your home’s aesthetic. You want your roof to complement your house, providing a haven for you inside while delivering an original flair that suits your home outside. When deciding the right material for your roof, consider these different architectural styles, and how different roofs affect their look and appeal.

Lasting from 1837-1901, the Victorian era saw a range of architectural styles from Greek Revival to Romanesque to Queen Anne. Queen Anne is the most recognizable of the bunch, marked by an asymmetrical shape highlighted by complex gables, intricate woodwork, and a domed tower rising from the roof. Most often, Queen Anne homes are characterized by a Mansard roof, a four-sided roof that increases in steepness as it descends. Wood or slate shingles accommodate the steep pitch and add to the home’s classic appearance.

The Colonial Revival (1880-1955) brought with it a style known as Dutch Colonial. These symmetrical houses possess a host of physical traits including dormers, chimneys, and many windows. Unlike a Queen Anne, Dutch Colonial houses are distinguished by a gambrel roof, one that possesses only two sides. Slate and asphalt roofs are typical, but metal is often used and requires less maintenance.

The simplistic, rural feel of a Craftsman-style home sets it apart from its more opulent cousins. First created between the years 1900-1929, this bungalow-style home is characterized by its low-pitch gable roof, double-hung windows, and welcoming front porch. Gable roofs have two sloping sides, which are connected by gables, or sections of a wall that separate roof pitches. You can use almost any material for these kinds of roofs, but wood or asphalt shingles are most common.

For a mix of new and old, look no further than Farmhouse style. This style has been around since the 1700s and has continued to evolve over the years. Blending elements of Cape Cod, Greek Revival, Colonial, and other styles into its framework, farmhouse homes are distinguished by their asymmetrical design, along with dormers, gables, and a wrap-around porch. Its roof is typically a mix of gabled and hipped roofing (four sides, all equal.) Metal roofs are highly common on farmhouses, but like gable roofs, they’re versatile.

Not sure what type of roof your house needs? At Midwest Roofing, we’ll show you exactly what roof will perfectly complete your home’s architectural style and professionally install it. Contact us today to learn more!

About the Author: Midwest Roofing